We came together at rallies in 6 Texas cities, just like this one in Austin. Then one Houston the following week.

Then, in July, in conjunction with 36 other states,

we held another rally. It was 4th of July weekend and people wanted FUN, so a few of us brought our cannons along to the capitol. Here's one of our guys holding a flame to his cannon. By the way, did you know that owning such a cannon is--horror of horrors--not regulated!!?? We've been waiting for the gunhaters at HCI to try to make this illegal... 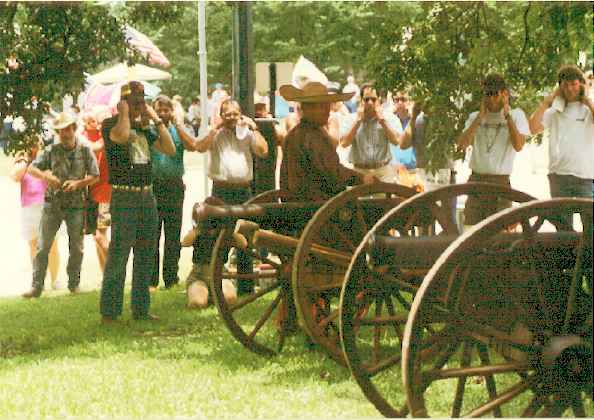 It was a blast to be sure. Poor fellow with the cowboy hat; guess he learned to cover his ears next time!

Home | Info on Us