to the home of 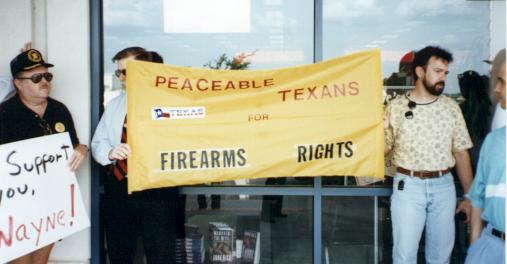 "Gun Control will work when criminals obey the law."

We are a grassroots politically active group that began as a rally at the Texas State Capitol on President's Day, 1994, and we have been active ever since. We are citizens who are tired of the continual, piecemeal destruction of the right to own--and use--firearms and are doing something about it.

Get Legislative Alerts & News that affects what many have called the most basic civil right.

Our Statement Regarding the Tragic Massacre at Columbine High School in Littleton, Colorado Sandy Hook Elementary in Newton, Connecticut. UNFORTUNATELY, the same comments are still valid, because there has been NO effort to repeal the federal "Gun Free School Zones Act" since Columbine. That Act has turned schools into a soft target for madmen to murder. All parents should be demanding its immediate repeal! Armed adults from janitors to principals are the only effective method to protect children! You trust these people with your child’s safety every day you wave them goodbye, yet you are told that they cannot bet trusted with guns?

Ever wonder why some people want the US out of the UN? Well, here is one reason: The UN is using our tax dollars to do everything it can to push for gun prohibition among the nations of the world. Here's a shot of the UN in New York City, taken from the November, 1999, issue of the New American Magazine: 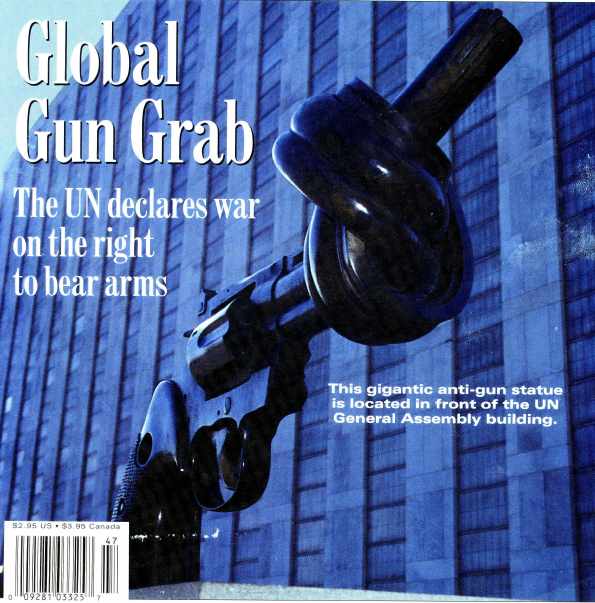 Do you find that statue offensive? Well then, you better not